‘Not the place to cut funding’: Teachers rally over education needs

RALEIGH, NC (WWAY) — Thousands fighting for students, schools, and the future of education. That’s what has been going on in the state’s capitol Wednesday.

From increased teacher pay to more supplies for the classroom and students, those are just a few hot button items more than 20,000 educators and supporters want to see changed in the school system.

“I just hope they will wake up and realize that, you know, they can’t cut here,” Christian Rothwell, retired teacher, said. “This is not the place to cut funding. Not at schools, not for teachers, especially not for our children.”

The Rally for Respect wrapped up with Governor Roy Cooper talking about the budget for teachers.

He wants to increase teacher pay and get the much needed supplies in the classroom so teachers don’t have to pay out of pocket. 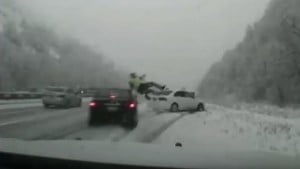 Trooper hit from behind by runaway car on Utah highway 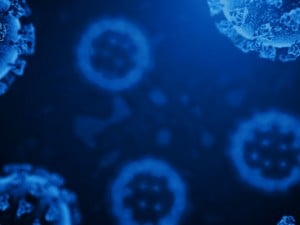 “I really hope that the legislatures vote the right way, they vote to help our classrooms, our students that are in our counties across the state. That’s really what we want,” Town Creek Elementary School teacher Callan Sibson said.

The whole movement kicked off this morning with the march for students followed by meetings with lawmakers and the rally for respect.

Four teachers of the year from Brunswick County sat down with representatives Frank Iler and Deb Bulter, the two from different political parties but both respect the teachers right to rally.

“I think it’s just generally what they have to deal with as far as resources, as far as children with issues,” Rep. Iler said. “I think we’re addressing that to some degree in school safety by acknowledging we need to increase the counselors, psychologists and things like that. Teacher pay is always on their minds but we got a 6.2% raise in the budget.”

“I said listen ‘how many of you work a second job to provide for your families?’ And all 4 hands went up,” Rep. Bulter said. “So that’s all I need to know that tells me that we’re not respecting and honoring teachers the way that they should. And that’s why they’re here. If, you know, my republican colleagues will say ‘well we’ve given them raises.’ But you can’t steal $1,000 from somebody, give them $800 back and try to convince them you’re doing them a service.”

Organizers say today is no the end for this movement adding the educators have the power to change their future come November.

“It’s encouraging, I think our education system has been eroded,” Michael Whitley, Durham Middle School teacher said. “It’s nice to see all the teachers come together and make a statement because there are a lot of us, and i think there are a lot of us that are frustrated with what the legislature is doing these days.”

Teachers say they hope lawmakers wake up and prioritize the true needs of those education the future generations.

A full wrap of the rally tonight on WWAY News at 11.