WILMINGTON, N.C. (WWAY) — A chemist, professor and industrial entrepreneur, the head of a non-profit devoted to housing, and New Hanover County’s manager have been honored with Wilmington’s first-ever “Leaders in Service Awards.”

A project of the Wilmington Rotary Club, the awards will be presented on May 5 to Yousry Sayed, J.C. Lyle, and Chris Coudriet.

Leaders in Service is meant to recognize executives in the private, non-profit and public sectors who are making Wilmington a better place to live and raise a family. Those honored have made outstanding contributions to the community in one or more of the seven Rotary Areas of Focus. They have also led their lives and conducted their business in harmony with the Rotary Four-Way Test and have demonstrated a commitment to diversity, equity, and inclusion. The event website, bizleaders2022.org, has more information about Rotary’s goals.

The awards presentation will be a gala evening at the UNC-Wilmington Burney Center. More than 400 guests are expected to attend the May 5 reception, dinner, and awards ceremony. The Rotary Club is soliciting sponsorships for this event, which will be the primary fundraiser for Wilmington’s oldest and largest civic organization.

Dr. Yousry Sayed is CEO of Quality Chemical Laboratories, which provides testing and analytical development services for industries including pharmaceuticals and biotechnology. He founded the company in 1998 and has successfully grown it to become one of Wilmington’s leading employers, providing more than 250 jobs. QCL works with more than 100 clients at a time, helping pharmaceutical and biotech clients develop new drugs. Dr. Sayed has also started another drug development company, Pyramid Pharmaceutical Co. A native of Egypt, Dr. Sayed came to the United States as a teenager and earned a PhD in chemistry from the University of Minnesota. He was a chemistry professor and researcher at UNC-Wilmington, where he was director of the General College. He now serves on the university’s Board of Trustees. To help supply a trained workforce for the pharmaceutical industry, Sayed and his wife, Linda, a lawyer who formerly taught high school chemistry, donated $5 million to UNCW in 2017. It was the largest philanthropic gift by a corporate donor in the university’s history. Sayed is a hands-on entrepreneur. Not only does he run his business; he also still works on complex chemistry challenges for clients. As the award recipient in the private-sector category, he is being recognized for his contributions to economic and community development, as well as disease prevention and cure, two of the international Rotary movement’s seven Areas of Focus. 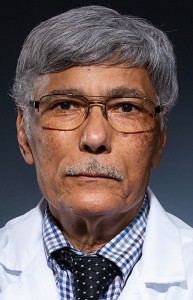 J.C. Lyle has been executive director of the Wilmington Area Rebuilding Ministry since 2009. WARM helps low-income homeowners address safety, accessibility and energy-efficiency issues, allowing them to remain in their homes. Under her leadership, WARM’s annual revenue and productivity have grown by an average of 14 percent per year. The organization now serves over 180 families in the Cape Fear Region annually. Lyle earned a master’s degree in business administration from UNC-Wilmington. She formerly worked in subdivision design, zoning and permitting for a major civil engineering firm. Her volunteer efforts, focused on affordable housing and disaster recovery, have included multiple mission trips to Biloxi, Miss. after Hurricane Katrina and a long-term assignment with Bahamas Methodist Habitat. Lyle chairs the Wilmington Planning Commission and serves on the N.C. Housing Partnership, the advisory board for the state’s housing trust fund. She has been honored with the Greater Wilmington Business Journal’s Coastal Entrepreneur Award and the Association of Fundraising Professionals’ Outstanding Fundraiser of the Year award. WARM’s work addresses three Rotary Areas of Focus: disease prevention, economic and community development, and the environment. 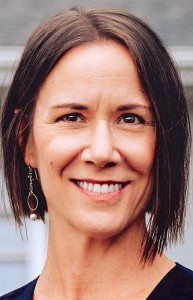 Chris Coudriet has been New Hanover County manager since 2012. Before that, he was assistant county manager for four years, and county manager for Franklin and Washington Counties. Appointed by the New Hanover County Board of County Commissioners, Coudriet supervises a staff of more than 2,000 people and oversees a budget of $458 million. That budget is the county’s response to the community’s 225,000 residents and their need for services. Coudriet has a bachelor’s degree in urban and regional planning from East Carolina University and a master’s degree in public administration from UNC-Pembroke. He has been honored by the Cape Fear Council of Governments as outstanding local government manager. He serves on several advisory boards through the National Association of Counties. The N.C. Association of County Commissioners recently honored him with its Presidential Recognition Award for his work to maximize the state’s share of the national opioid settlement fund. Coudriet has been a member of the Wilmington Rotary Club since 2015. His Leaders in Service Award recognizes his achievements in the economic and community development Area of Rotary Focus.

The three award recipients were chosen by a committee of Wilmington-area business and civic leaders from a list of nominations from the public.

The Wilmington Rotary Club, founded in 1915, is among the oldest of the world-wide Rotary movement’s more than 35,000 clubs. The club’s 180 current members are among some 1.4 million Rotarians around the globe. Rotary began as a business networking group but almost immediately evolved into a service organization as it grew and spread.