LONDON, KY (AP) — A 16-year-old girl held captive by a 61-year-old man was rescued on an interstate highway in Kentucky after another driver noticed her using a distress signal with her hand that was made popular on TikTok, law enforcement officials said. 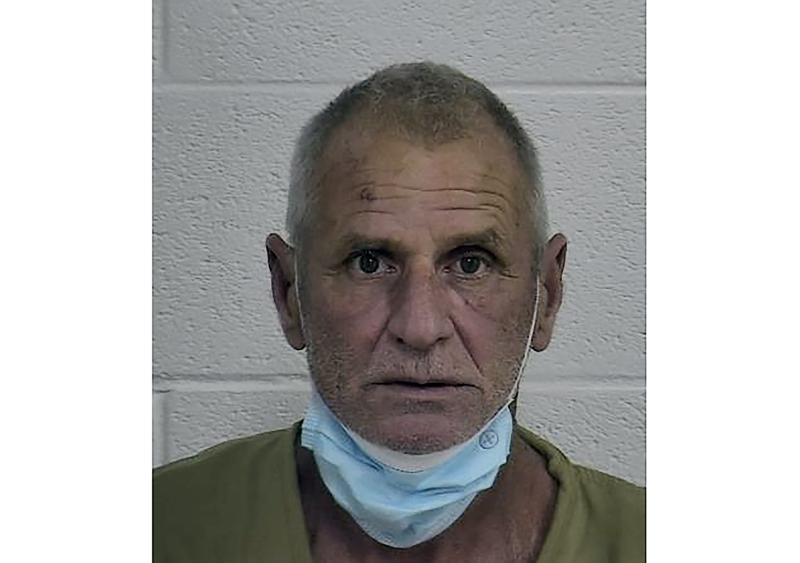 The girl’s parents reported their daughter missing from Asheville, North Carolina, last week. Two days later, her hand-signal — and the alert driver — enabled sheriff’s deputies in Kentucky to stop the car and arrest James Herbert Brick of Cherokee, North Carolina, on charges of unlawful imprisonment and possession of material showing a sexual performance by a minor, Deputy Gilbert Acciardo said.

The girl and the driver were acquainted, and she initially went with the man willingly, but at some point got scared, Acciardo, the spokesman for the Laurel County Sheriff’s Office, told The Lexington Herald-Leader. The man had taken her to Ohio to visit his relatives, and left with her after they realized she had been reported missing, a sheriff’s statement said.

The other driver called 911 from Interstate 75 in Laurel County, Kentucky, on Thursday to report that a girl in a silver Toyota car was making distress hand signals that he recognized from TikTok as a plea for help from domestic violence. The signal is to raise your hand, showing your palm with your thumb extended, and then tuck your thumb into your palm and lower your fingers over it, as if to trap the thumb.

Officials say the driver continued following the man and the girl, updating a dispatcher, until deputies were able to stop the Toyota and rescue the girl.

The sheriff’s statement says a cellphone found in the man’s possession had images that allegedly “portrayed a juvenile female in a sexual manner.” Brick was booked into the Laurel County correctional center on a $10,000 bond pending a court hearing on Tuesday.