ATLANTA (AP) — U.S. Customs and Border Protection says it caught a Georgia woman trying to smuggle cocaine in multiple pairs of shoes through the Atlanta airport.

The agency says officers stopped the 21-year-old on Sunday after she arrived on a flight from Jamaica.

Seven pairs of shoes in her bags were found to have a powdery white substance concealed in their bottoms. 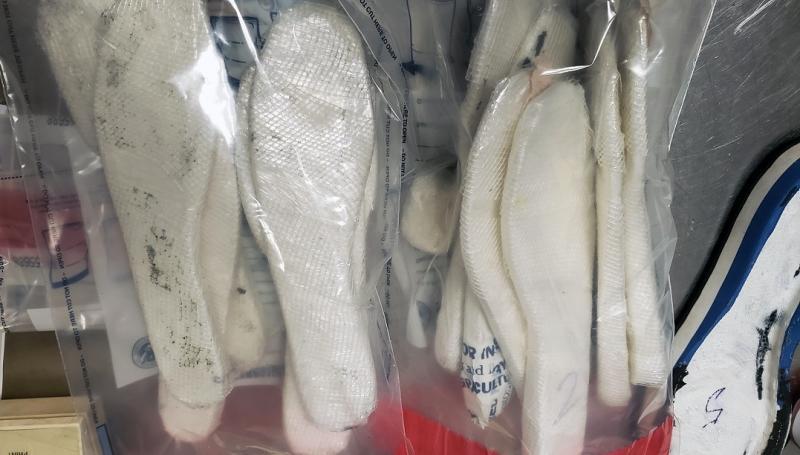 The agency says the substance tested positive for cocaine. About 3 pounds of the drug with an estimated cost of $40,000 were recovered.

The officers turned the unidentified woman over to Clayton County Police Department for state prosecution.