NEW HANOVER COUNTY, NC (WWAY) — The New Hanover County Board of Education has filed a lawsuit against several insurance companies over the amount of coverage that will be provided to the board in the civil case involving former teacher Michael Kelly.

Following the plea, the victims of the former teacher filed a civil suit against him and the school board in July of 2019. In August of 2021, attorneys amended the complaint to add new claims against Kelly.

It also names the John Does 1-13 in the civil suit against Michael Kelly. The complaint explains this is because the John Does are necessary parties who are interested in the lawsuit. Whatever the judge decides will determine the insurance coverage available to the school board and the amount in damages the John Does could receive.

WWAY reached out to the New Hanover County Board of Education for comment and Board Chair Stefanie Adams shared the following statement.

“The Board of Education filed an action seeking to ensure it receives the full coverage to which it is entitled under its existing insurance policy to support its efforts in resolving ongoing litigation.

The trail of devastation left by Michael Kelly in New Hanover County is abhorrent. Sexual assault is a trauma no one should endure and has no place in our schools and community.

The Board of Education respects the privacy of the plaintiffs and will not publicly discuss details of the ongoing litigation. I have faith in the legal system to ultimately reach a just resolution. The mediation process is ongoing.

We are now several Boards of Education removed from when these devastating acts took place. Still, the current Board of Education is committed to preventing abuse and providing a safe learning environment for all students. The Board made significant progress in recent years to address awareness and prevention of sexual harassment and abuse and remains fully committed to student safety.

Here are some of the important steps we have taken:

We are dedicated to keeping ALL of our students and staff safe and do not take this obligation lightly.”

WWAY also asked the amount the board pays yearly in insurance premiums. The number shared totals to $1.2-million. 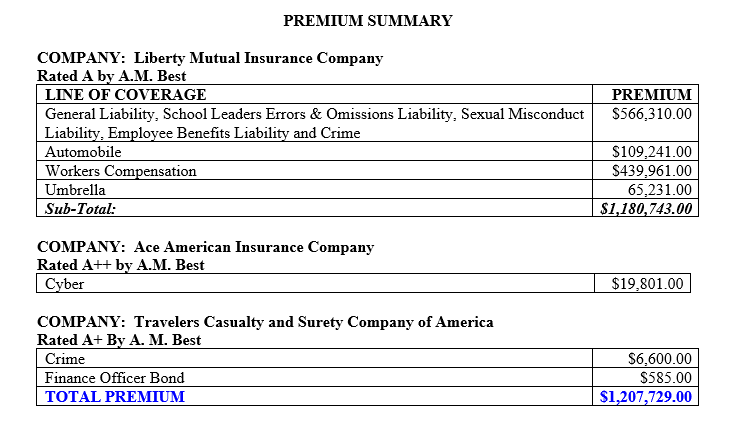